Delft University of Technology, in the context of the PACT (PArtnerships in Cities of Things) project 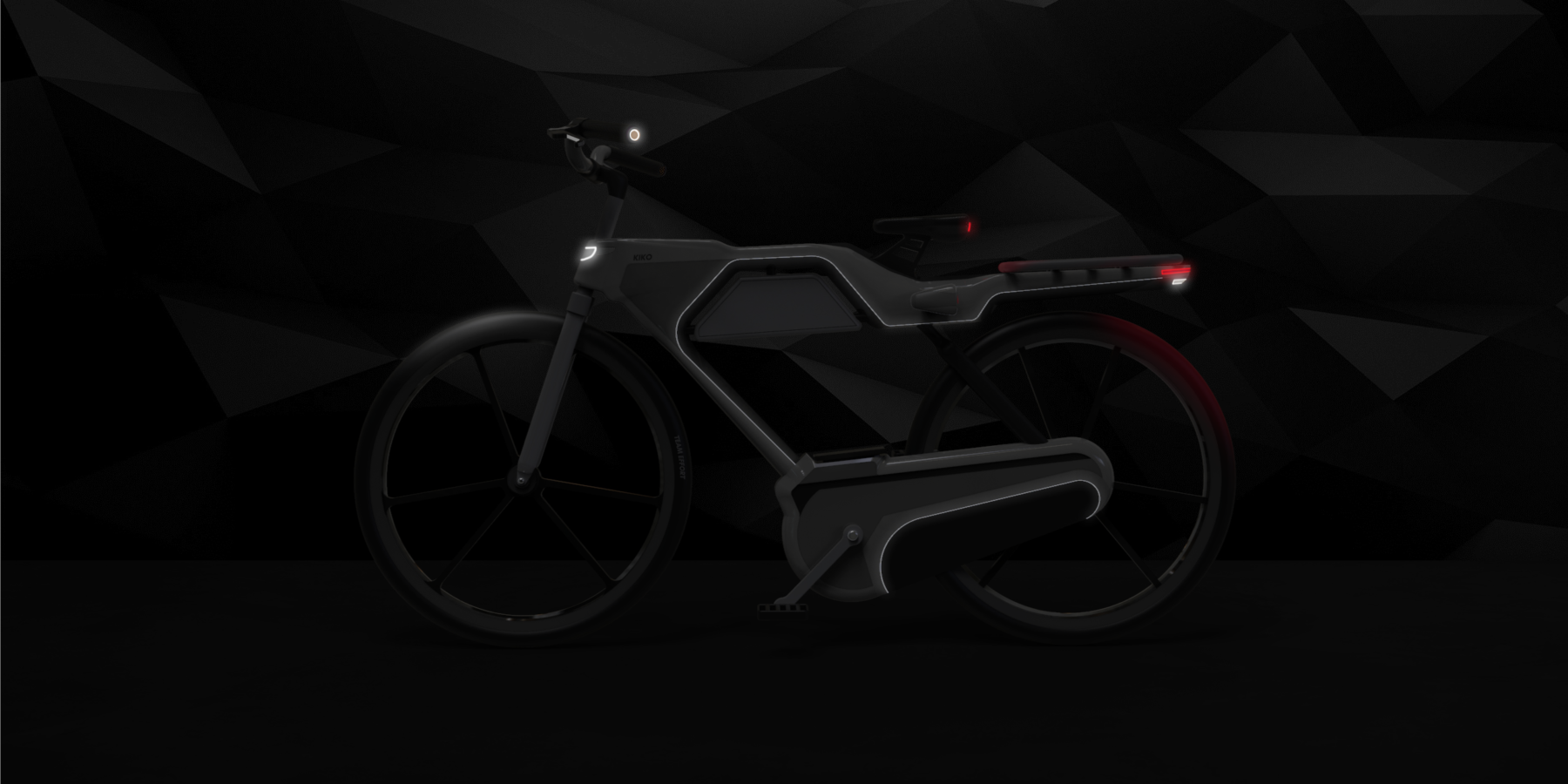 As more and more objects get connected within our environment, the role and the impact of IoT objects in our everyday life is a central debate. Different kind of agencies have been theorised, defining the behaviour of these objects : collector, actor and creator. As designers, our role is to imagine tomorrow's connected objects and frame their behaviour, in order to influence their creation but also to make it possible, especially in a legal or ethical way. In the context of the PACT (PArtnerships in Cities of Things) project, driven by the Delf University of Technology, we created Y.O.L.O. bike, a speculative project dealing with the design of the embodiment of artificial intelligence, its agency within the smart city and its relationship with its owner. This project envisions the self-aware bike of 2050, behaving like a citizen.

Nowadays, we can already observe that the ultra-connected future tends to bring people closer together and made communication easier, but specifically in a virtual way, sometimes to the detriment of the physical way. That's why, with this project, we aimed to actually leverage one of this future connected object, the bike, to reconnect users with their physical environment. The "Y.O.L.O." bike stands for "Your Online Leads to Offline" and it goals is to use your online data to augment your experience of the offline world thanks to smart technologies: our bike would be synschronized with the user's personal assistant while collecting data during the ride, in order to analyze the interests and needs of its user. Then, it would be able to suggest evolving routes where the ride becomes more than just a way to go from A to B, but also a pleasant moment during the day where something else than commuting can happen: we can imagine that our bike, connected to its owner's Tinder data, would influence his agenda to make him meet a matching profile, recreating this fortunate meeting that dating apps' users often miss.

Such a bike, because of the proximity and the intimacy it has with its user, would necessarily have a very strong connection with him, so we compare it to a pet: Y.O.L.O. bike is the user’s best companion that aims to bring back the sense of belonging and community through the tangible world. Its behaviors is directly inspired from these animals with their instinct, their personality often depending on their owner, their unpredictable reactions, their sense of loyalty to their community… The same way he would walk his dog, the user now has to deal with a complex system: on one side, the cyclist would have his own needs, wishes and perception of the environment, and on the other side, the smart bike would perceive and react upon data from itself, the city, the other users and even its owner, to a deeper level than himself. In this context, the partnership between the bike and its user is a real collaboration: more than just giving instructions to each other, the smart bike and its users discuss on the good way to go. Moreover, the Y.O.L.O bike, connected with other users' bikes, can communicate with "its herd", like any animal, in order to regulates the flows, solve issue in the city altogether and make these offline opportunities happen.

FROM PRESENT'S TO FUTURE'S USERS

For this speculative project, we associated different research methodologies and concept processes in order to get to the best combination of today's insights and tomorrow's projections. After a broad desk research, we started analyzing today's users. Based in Amsterdam, we first conducted a quick field research by observing a crossroad in the city of bikes and interviewing a few of its users. We wanted to detect their habits and needs. Then, we elaborated a lab research in oder to compare and test different types of communication from the bike to the user. Finally, in order to transpose all these outcomes to the future, we needed a frame, so we created a design fiction based on signals from today and using predictive methods. Once we got this base, we started an iterative concept phase, using different tools like the IoT tiles kit, collaborating with a PhD researcher working on a toolkit facilitating brainstorms about IoT objects in the smart city, and questionning our users one more time.

Nowadays, visual interfaces are the most popular in the field of mobility, but not necessarily the most adapted, that's why haptic interfaces were more and more considered. Our Y.O.L.O. bike communication mainly consists in navigation, so we conducted a lab research to know which interface type was the most user-friendly in this context: the most efficient and the less disturbing. We used an augmented tandem to have a front seat for the user, and a back seat for a member of the team, who would represent the AI of our future bike and trigger the different interactions during the experience. On the front handlebar, we developped 3 devices for 3 different ways to communicate the itinerary: a poiting arrow for the visual way, a vibrating system on both sides of the handlebar for the haptic way and a tapping tentacle to test a combination of both ways. The users who participated in the experience then answered a quantitative questionnaire to let us know their impressions. After analyzing those results, we found out that the combination of visual and haptic feedbacks was the most appreciated and the optimum way to combine non-disturbance and efficiency.

YOUR BIKE IS YOUR PET: OUR SUGGESTIONS FOR THE FUTURE

We built our concept around 2 main illustrations of our metaphor "your bike is like your pet", directly inspired by animals and natural phenomenons. Because this project is speculative, this concept represent our takeaways and suggestions for the future.

> The future bike community, a powerful herd: a herd is described as a social group that helps and protects each other while travelling. Thanks to smart technologies, the bikes would be connected and have the opportunity to recreate this phenomenon, creating civic behaviors in the form of mutual assistance and collaborative work towards a common goal. In this context, nearby bikes and their users would act as one and benefit from every member's ability: they can detect situations of danger (night rides, accidents, damaged path...) and cooperate to solve them or notify the appropriate service. As members of a bigger herd, the city, they can also collect data in order to facilitate every commuters' ride.

> As a companion, your bike knows what's best for you: "Like owner, like dog", the Y.O.L.O. is not seen as an object anymore, but as an entity with an evolving personality, depending on its user. Its main concern is its owner's wellbeing, and it's able to influence it thanks to its creator’s agency traits and its deep understanding of its owner's mood and thoughts, making decisions on its own to create unique situations. Indeed, its AI gives it empathy and these emotional mechanisms allow it to build a stronger relationship with its user and to have a more powerful impact on him because it's able to respond appropriately. It also gives it sympathy through its users' eyes, and thanks to their matching personnality, the user feels more comfortable with his bike and they act together as trusted friends. It might feel like sometimes they are not on the same page, the bike will be stubborn, but it will actually always act in the interests of its owner, when this one can not see the big picture.

A FAKE LANDING PAGE TO CREATE THE DEBATE

In order to confront our outcomes with the designer community and our future users, we decided to create a website to publish them. We faked the launching of the new Y.O.L.O. bike, the Kiko, and described this one and its innovative features. We wanted is a real as possible so our visitors could immerse themselves in our hypothetical future and build their opinion. On the other side, we published the summary of our research and explained the speculative ambition of this project. This way, we could have the opportunity to share our insights, create a debate to question our concept and get feedback. 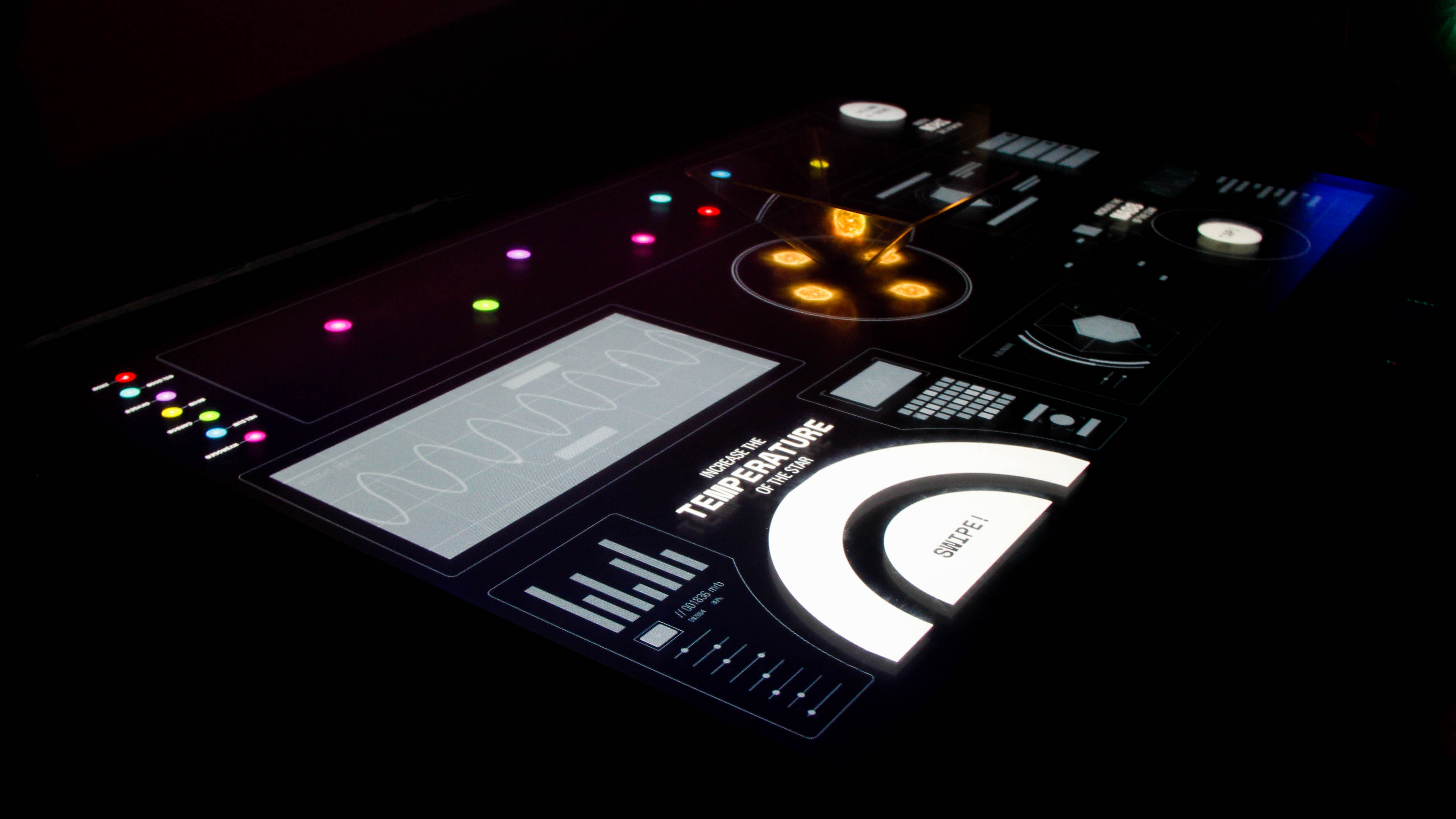 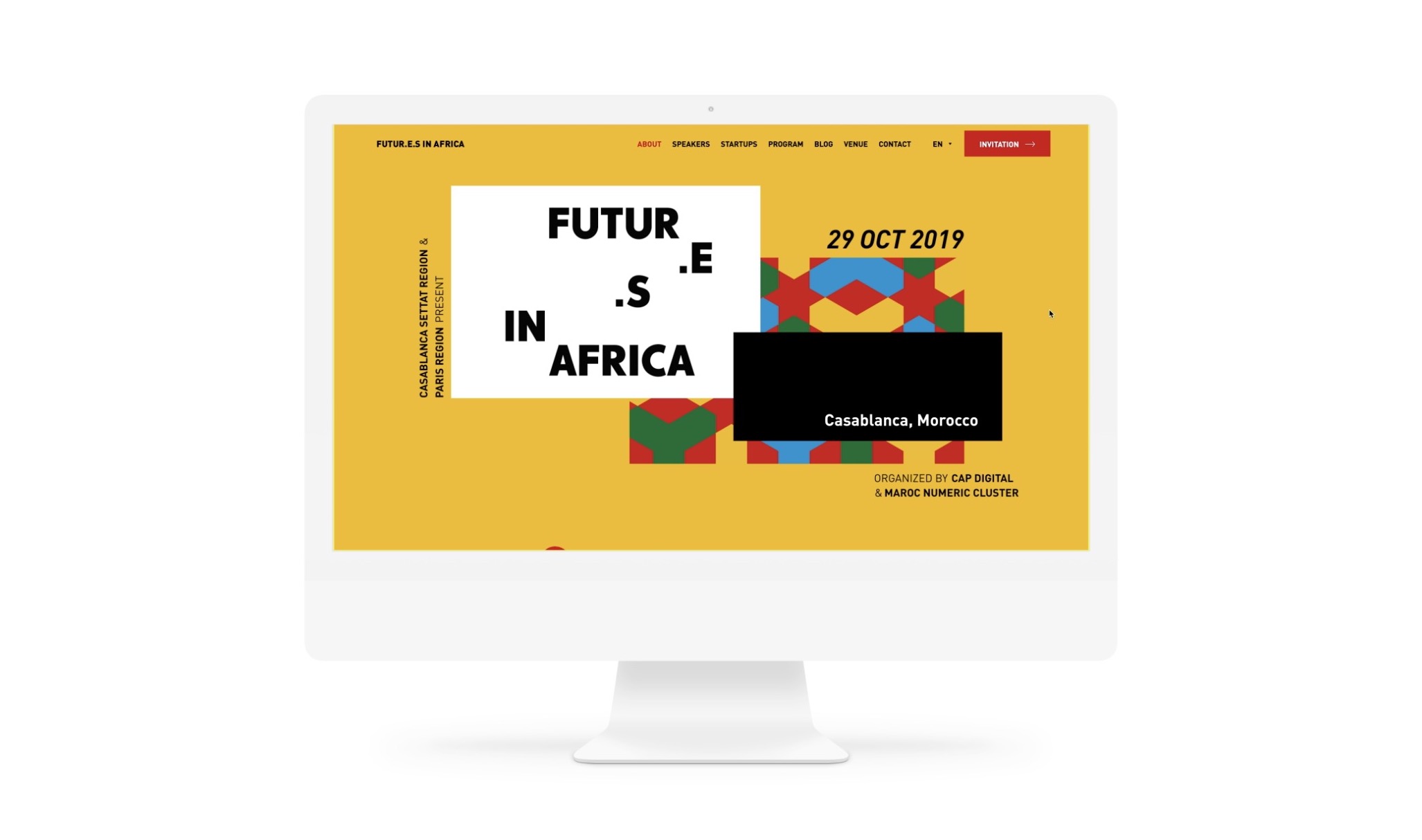 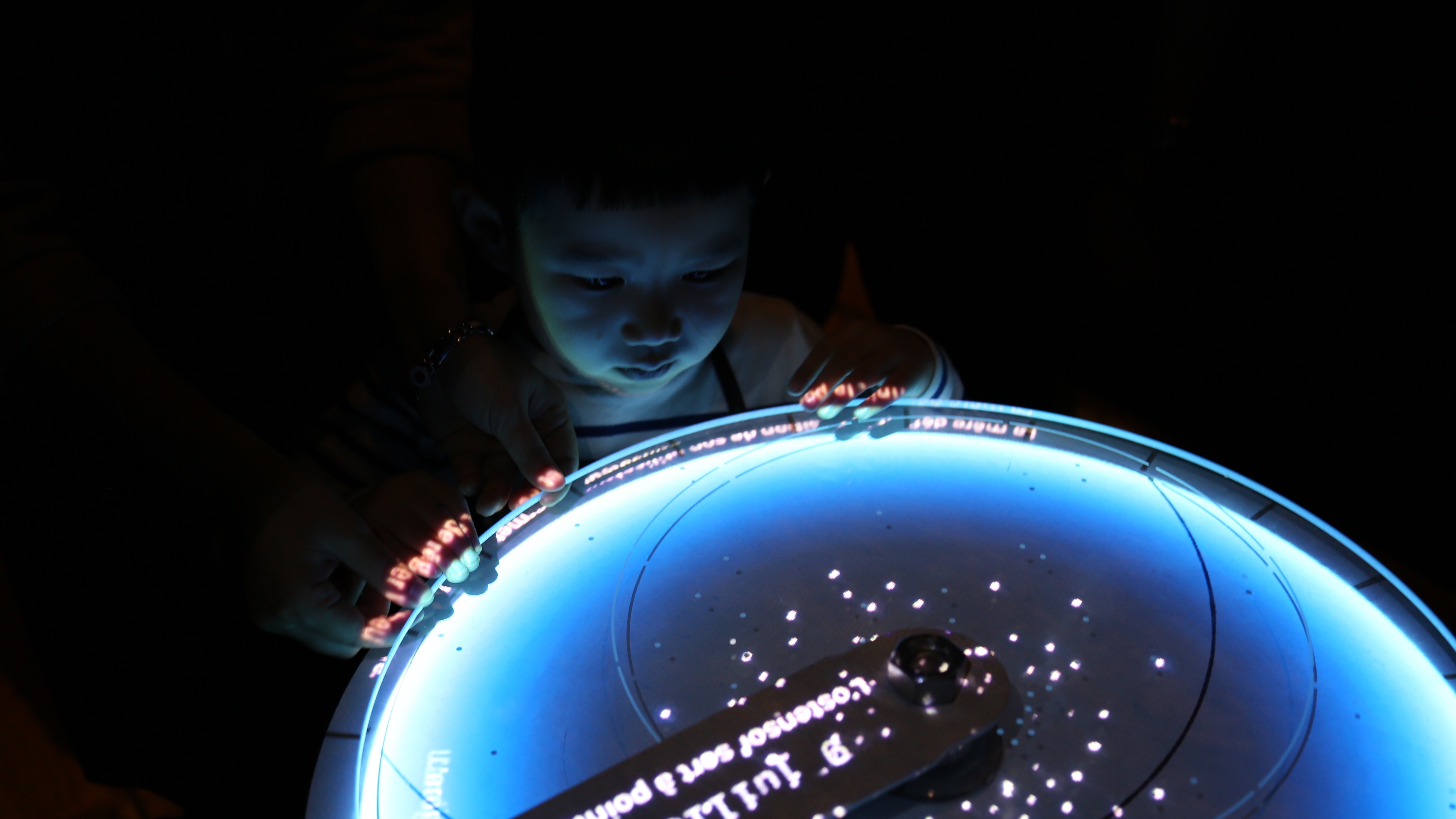